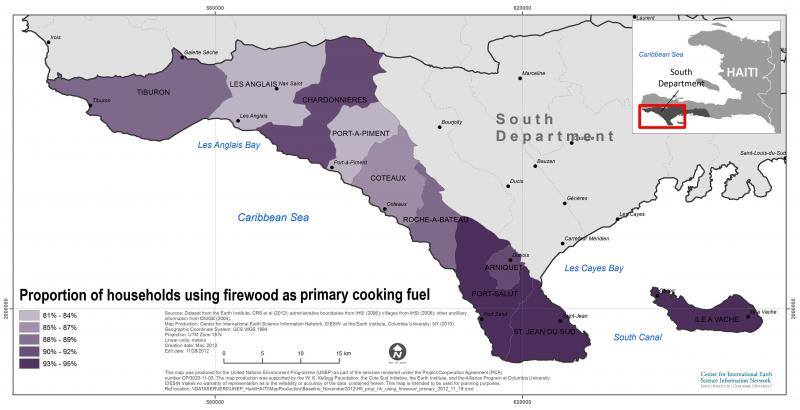 Download original image
« Back to galleryItem 5 of 33« Previous | Next »
Description:

Roughly 75% of total energy sources in the country come from biomass, and formal energy structures rarely extend beyond large urban areas (International Crisis Group 2009). As access to electricity is limited in both urban and rural zones, the remaining forests of the South Department and elsewhere serve local energy and economic needs through wood collection and charcoal production. Firewood, in the form of sticks and dead logs, can be used directly as fuel, but a large portion intended for commodification is first transformed into charcoal. Approximately 35% of the wood was transformed into charcoal in 1993 The 2011-2012 household survey indicates that the overwhelming majority of households in the ten communes cooks meals at home (97%) and rely on traditional fuel as the primary source of energy. Fuelwood is the main source of energy used, with 85% of the households reporting it as the primary source. For more information please read the 10 commune baseline report here.