Proportion of Hh with treated water 2012 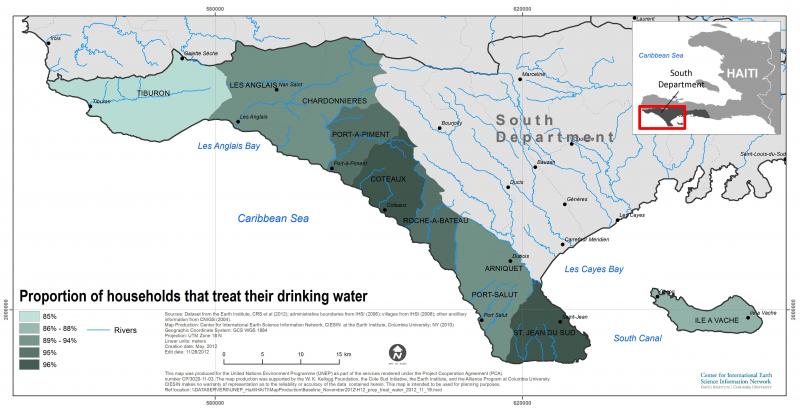 Download original image
« Back to galleryItem 7 of 33« Previous | Next »
Description:

Results from the 2011-2012 survey show that the proportion of households who report treating their water is high at 93%. The overwhelming majority (95%) of reported treatment was with Aquatabs, likely as a result of distribution campaigns during the cholera outbreak that made Aquatabs available in small quantities. The next most common means of filtration is adding bleach or chlorine to the water, at 30%. Very few households used boiling (3%) or other methods such as water filtration (1%).  The average of 45% of the population in the study region use an improved water source, slightly below the national rural average of 50%. For more information please read the 10 commune baseline report here.