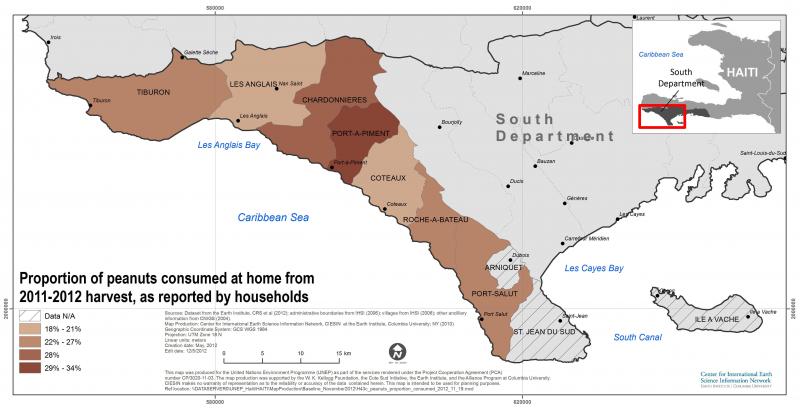 Download original image
« Back to galleryItem 32 of 33« Previous | Next »
Description:

The top five crops grown, in the order of the number of households reporting harvests in the past year, are: pigeon pea, maize, sorghum, plantain, and black bean. The ranking of these crops varies within the ten communes, as potatoes, yam, manioc and peanut are also ranked in the top five in some communes.

Peanuts have the lowest rate of household consumption, at 25%, and the highest selling rate at 65%, between 2011 and 2012, though peanuts are not considered a cash crop in the region. The annual price per marmite of peanuts fluctuated between 60 to 80 HTG in the Port-à-Piment market between 2011 and 2012. Due to price inaccessibility of animal-based proteins, households should consider peanuts’ high nutritional and caloric value, at 567 kcal per 100 gr as part of their daily food intake.